In many climates, winter is wet due to heavy ice and snow. This can make it the prime season to develop a basement water leak.

A major cause of winter basement leaks is snow and ice piled up against your foundation walls. When the snow melts, often at a faster rate due to the heat radiating from your home, the trapped moisture can make its way through your basement walls. The most effective way to prevent this is to avoid piling snow up against the house and to shovel away any drifts that do collect. You can also have a waterproofing service install a French drain system around the perimeter of your basement to help carry away any snowmelt that does collect up against the basement walls.

Cracks in the foundation can cause a leak in any season, but sometimes the issue becomes worse in the winter months. This is especially true for unheated basements. Moisture can work its way into a crack. Then, the moisture freezes and expands, making the crack larger and increasing the rate of any leak. The best tactic is to have any basement foundation cracks repaired and sealed before cold weather arrives. Failing that, you will need to have them patched in winter and a full repair scheduled once the ground thaws.

Basement window wells tend to sit at or below ground level, which means snowmelt and moisture automatically flows into them. Don't allow snow to build up in window wells, and shovel away any snow that does accumulate near the window or in the well. You may need to install a cover if this is a difficult task due to snow levels and exposure. It's also important to have the window seals checked annually before winter arrives. If a seal fails, you will likely end up with a major basement leak that will require both damage mitigation and repair.

Many winter basement leaks can be traced to the roof. If the guttering and downspouts aren't up to the task of routing snow and ice melt away from the foundation of your home, then you can end up with a lot of meltwater sitting right up against the basement walls. Make sure the guttering is in good repair and positioned correctly to catch snowmelt from the eaves. Downspouts should be routed far from the foundation. If you still have problems every winter, you may need to install French drains around the foundation or have the basement walls sealed.

A basement waterproofing service can help pinpoint the likelihood of leaks and install waterproofing materials to prevent the problem from happening. Contact a service, such as Jaco Waterproofing, for more information.

Read in about 3 Minutes 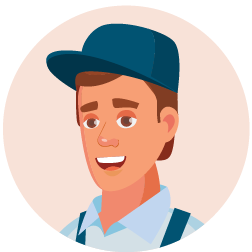 The next time you drive past a truly impressive building, don't just think about its beauty or design. Reflect on all of the hands that built it. Chances are, there were hundreds of people involved. Some were on the construction crew that dug the foundation and prepared the soil. Others were contractors who took care of the plumbing, the framing, or the HVAC installation. Without any of these workers, the building would not be the same. And the same is true for any building! Once we started thinking about construction work in this way, we just had to tell someone. That's where this blog came in. It has become a spot where we can share our deepest thoughts about construction and contractors.